So I'm a Spider, So What? Wiki
Register
Don't have an account?
Sign In
Advertisement
in: Characters, Natives, Human Faction, Analeit

Suelecia "Sue" Analeit, is Shun's younger half-sister and the second princess of the Kingdom of Analeit. Despite being a normal native of this world, she is regarded as a prodigy rivaling a reincarnation.

Sue is characterized by her cyan color tailbone length hair in the style of bangs and two feelers, matching blue eyes. She has a petite figure and a fair complexion.

Sue is extremely attached to Schlain, to the point of completely idolizing him. She developed a romantic interest to him as well as a yandere personality. Making her distrusting of any females of similar age approaching Schlain.

Sue has expressed her intense dislike towards Karnatia ever since her young age. This is due to Schlain and Katia's relationship as best friends in their previous life, which, to Sue, looks like a budding romantic relationship between the two. In the anime, her bitter jealousy with Karnatia is much more tone down.

Sue is considered quite studious both in academics and combat-wise. This likely stems from her emulating Schlain as he studied to learn the language and trained to regain the full use of his body.

Sue is the daughter of the queen of Analeit Kingdom, born not long after Schlain. She and her brother were considered geniuses. Sue and Schlain spent much of their time growing up together, and due to Schlain's need to be a proper big-brother, Sue came to look up to him in almost every way. After they come of age and receive their first royal Appraisal, Katia joins the two of them.

Later, Feirune enters their lives, attaching herself to Schlain... much to Sue's chagrin. Their lives continue without incident until Julius, Sue's other half-brother, dies fighting in the Human-Demon Great War. Schlain and her become separated.

One day, Sue meets with Schlain to visit the King regarding his status as the Hero. While there, Sue kills her father with Light Magic, framing her beloved brother for killing the King of Analeit and causing him to flee. Schlain figures out that she's been brainwashed by Hugo Renxandt. When Schlain flees, Hugo takes over and places her brother Cylis as a puppet king of Analeit. Sue goes to the Renxandt Empire with Hugo, still under the effects of brainwashing, as his betrothed.

It is then revealed that she was pretending to be brainwashed to cooperate with Sophia's master. Still, she doesn't consider her actions to be a betrayal of Shun.[1]

Schlain "Shun" Zagan Analeit
As her older half-brother and one of the few family members that she is close to, Sue became very attracted and protective of Shun at an early age. She often express caution and distrust towards the members of the opposite sex who are approached her brother, fearing that they will take him away from her. Sue holds a huge admiration and developed the desire to have a romantic relationship with Shun. As seen with her jealousy towards all of Shun's female friends of similar age to him, her jealousy towards anyone who she thinks will get between her and Shun and her murderous hatred for anyone who tries to harm Shun, Sue possesses a deep and unhealthy infatuation with him.

Julius Zagan Analeit
Like the rest of her family except Shun, Sue never had a close relationship with Julius. In fact, she even considered him an obstacle who got between her and Shun. Despite this, though, she was still distraught when he left to fight in The Great Human-Demon War, knowing he would meet his end there.

Meiges
Sue was shown to have had a relatively normal father-daughter relationship with her father, King Meiges and the old king loved and cared for her as his youngest daughter and child. However, it has been implied that like with her other siblings, Sue herself never had much attachment towards her father and she may have even considered him a threat to her and Schlain being "together". This is seen where Sue calmly killed him using Light magic during Cylis and Hugo's uprising to frame Schlain and felt little remorse or reaction in doing so due to her using his death for her ends to increase her brother's fame.

Karnatia "Katia" Seri Anabald
Katia is one of the few female members that she is comfortable approaching Shun. At first, Sue views Katia with distrust but gradually warm up to her, often approaching Katia on what the types of girls will like. However, it would later be revealed that despite having developed a level of friendship with Katia, Sue is shown to still hold her in contempt due to seeing her as another obstacle between her and her brother and had little to no hesitation in using her for her ends. This is seen where she had little problem with allowing her to be brainwashed by Hugo for her and her master's plan to overthrow the kingdom.

Shiraori
Sue first met Shiraori when she attempted to assassinate Hugo for trying to kill Shun during the events of the Academy Arc. Finding her inside his room, Sue instinctively sensed that she was no match for her and submitted, becoming her subordinate. Overall, Sue views Shiraori as an "evil god" and follows her every command out of fear. She is also scornful of her in private, wishing she would be easier to read, like how she forces her to do terrible things but has Hugo brainwash her for some of them, so she could plead innocence.

Despite being a normal native of the world, Sue's stats rival those of a reincarnation. This likely stems from her emulating Shun's training to regain the full use of his body as a baby, the time when stats grow the fastest. However, unlike her brother, who's stats come partially from being a reincarnation, her abilities are purely the result of her talents, causing him to describe her as a "genuine prodigy". 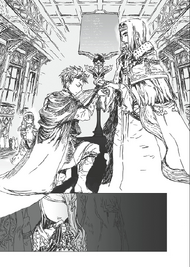 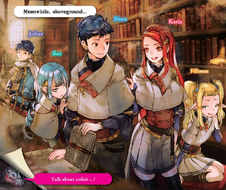 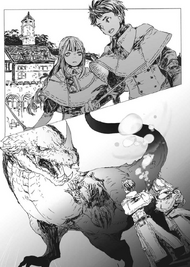 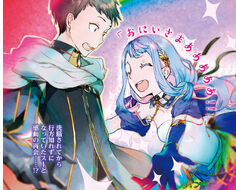 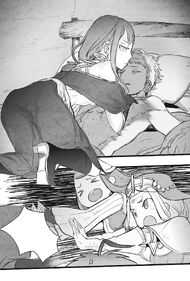 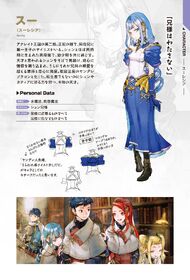 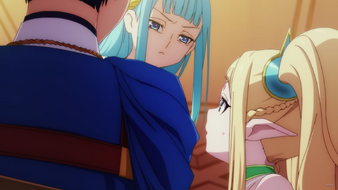 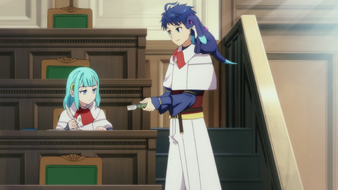 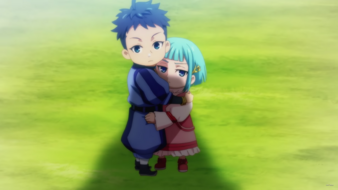