So I'm a Spider, So What? Wiki
Register
Don't have an account?
Sign In
Advertisement
in: Characters, Gods, Administrators,
and 2 more

Sariel is a stray and powerful angel that was tasked with protecting the planet that the story takes place on. She is considered the main caretaker of the planet.

Even though she doesn't show much emotions, Sariel is observed as kind-hearted individual and cares for the people in her world more than her own well being. She is also seen as being self sacrificial to a fault.

As the sole angel on the planet, Sariel is tasked with the mission to protect the primitive creatures from other gods. Despite being tasked with the expulsion of gods, she starts actively helping the humans after being thanked by a child for helping them. [1]

Sariel helps a person who had fallen sick and been cast out from their village, using magecraft to purge the disease. However, the returning person is branded a witch and burnt at the stake.[2]

As a result of continuously helping people without using magecraft, a group of supporters grows around her, naming themselves the Sariella Society. Through the Sariella Society, she is involved in the response to an abducted dragon infant and a vampire outbreak.

Following the vampire outbreak, children are recovered that had been created as chimeric crosses between humans and various plants and animals. Sariel protects these children in her orphanage.[3]

As the various countries start using the recently discovered MA Energy, Sariel issues an official opinion against its use, explaining that it is the vital energy of the planet. However, her warning is largely ignored due to the appeal of unlimited energy and longevity. Some of the radical advocates for MA Energy use took actions against Sariel and the people around her, even going as far as to send assassins. Choosing to prioritize her people over the fate of the world, Sariel withdrew to her orphanage.[3]

When the dragons begin their war against the humans, Sariel decides to continue her mission by defending the humans. She shows some doubts about whether this is the correct thing to do or not, but does so anyway because protecting herself against foreign threats comes more naturally to her than protecting the primitive creatures from their own actions.[4]

The war with the dragons ends suddenly when they leave the planet, taking most of the planet's energy with them. Sariel resolves to decompose herself to restore the MA Energy, despite the protests from her friends. The moment she steps into the prepared equipment, she is instead teleported in front of D. Sariel suppresses her instinct to fight when D threatens to kill her children in her orphanage. After learning that the plan to decompose herself would never restore the world, she accepts D's offer, becoming the core of her large-scale magecraft. [5]

Currently, she forms the nexus of the System, used in place of a battery: she is the Divine Voice. Because her energy has been continuously exploited for many years, she is on the verge of death.

Sariel is one of the most powerful gods introduced in the series, to the extent that it would have needed all dragon gods on the planet to have a chance of defeating her. She is capable of seeing through D's darkness. As a combat specialist, she is poor at performing detailed analysis of magecraft.[5] 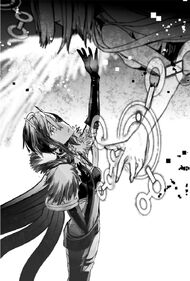 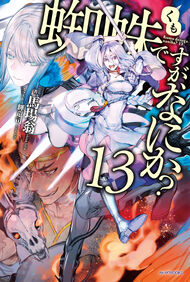 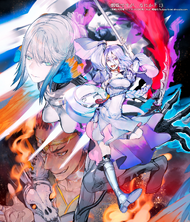 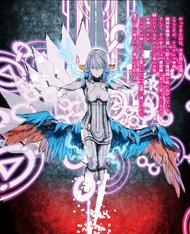 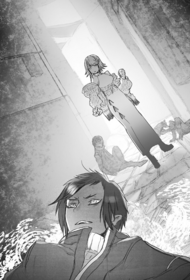 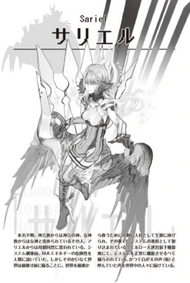 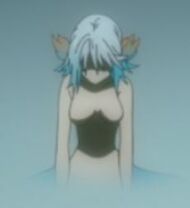 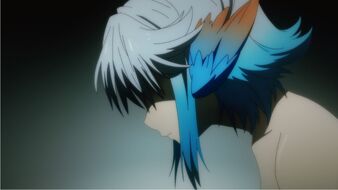