The Queen Taratects are massive spider-monsters. It is said that an ancestral Hero, with his army, sacrificed themselves in order to defeat a single queen.[1] There are only five alive in the entire world.[2]

A queen that reigns as the most powerful of spider monsters. Boasting a size so large it can cause destruction just by walking, it is said to be powerful enough that even a single individual can destroy an entire country. Even an army cannot defeat a queen taratect, yet the queen often uses Egg-Laying to increase the number of its minions. There are only 5 in the entire world, each of them considered the most powerful monster in its area. A legendary-class monster that cannot be defeated by humans.

One of the Queen Taratects gave birth to Kumoko. This one is nicknamed "Mother". Kumoko tries to avoid her as much as possible due to her extreme violence and power. Kumoko meets her again in the Middle Stratum of the Great Elroe Labyrinth[3] and again when Kumoko leaves the Labyrinth.[4]

Mother attempts to kill Kumoko because Kumoko's parallel minds are eating at her soul.[5] She is personally killed by Kumoko in a weakened state, reducing their total global numbers to four.[6]

Volume 12 Spoilers Shiraori later creates an imitation of a Queen by having one of her clones take on the appearance of one. It was not quite as strong as a real Queen but even so its stats were much higher then a Hero, with the previous Hero, Julius, not being able to do any damage to it. It did have a glaring weakness, however: the eyes, which held no defences whatsoever. Julius eventually realized this and used it to slay the beast with one of Wrath's exploding swords. However, it was later revealed that the imitation Queen was holding back and its goal was not to slay the Hero but prompt him into using the one-time use Hero's Sword. Shiraori later theorized that the clone's death might have been a result of the Hero title's secret effect, "to always fight evenly with the demon lord", activating, as Queen Taratects are Ariel's spawn. 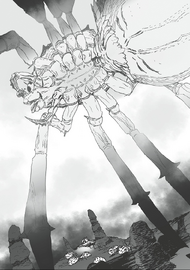 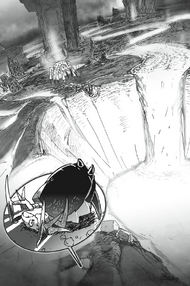 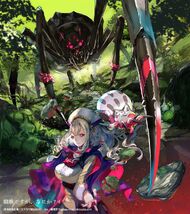 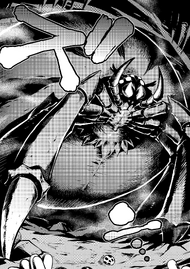 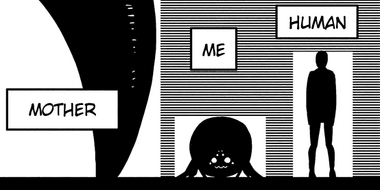 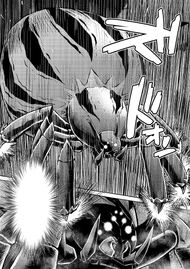 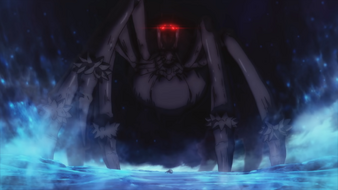 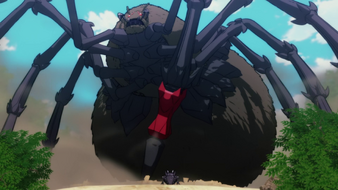