Puppet Taratects are intelligent spider monsters comparable to queen taratects but are only palm-sized. The actual spiders make up the core of human-sized mannequins with six arms. Each arm wields a weapon with extreme efficiency.

With a puppet-like outer shell made of threads wrapped around them, the main body is a spider in the chest region the size of a fist. That spider, able to move by pulling on the threads, is the real part of this monster. The manipulated puppet is like the crust of the main body.

Like the shell of the hermit crab.[1] Having stats averaging higher than 10,000 which can go higher through modifications with their threads.[2]

The Puppet shell is actually made of threads that are tightly-wound until they become a incredibly hard material. A person with an appropriate Skill like Thread Manipulation can change the appearance of the shell, which is what Shiraori does.[3]

Monsters colloquially known as "puppet spiders." Though they are spider monsters, they disguise themselves in humanoid dolls and operate the limbs with thread and Thread Control, wielding power approaching that of a legendary-class monster. Highly skilled fighters, they wield weapons with their six arms and can even use magic. Their true body is a palm size spider in the center of the doll; as long as the spider itself is unharmed, the puppet can take any amount of damage, making them exceptionally tough in battle.

They originally looked like mannequins, but thanks to some remodelling, they have begun to bear a close resemblance to humans. They also now have the names Ael, Sael, Riel, and Fiel, and they hone their femininity with each passing day.

Ael is pretty confident but can also be very shrewd.[2] Ael acts as the eldest of the sisters.

Sael is the sort of timid type, but takes her duties extremely seriously.[2] She tends to not do much unless she is ordered to. [4]

Riel is a tomboy and a total airhead.[2]

Fiel is a goofball who tends to get carried away.[2] 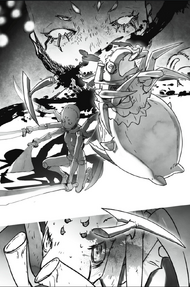 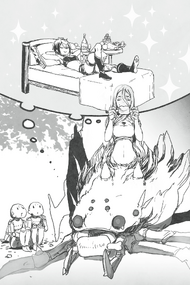 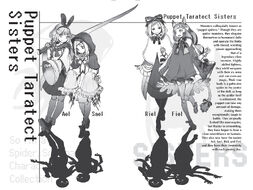 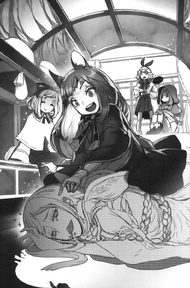 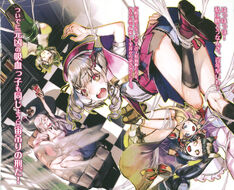 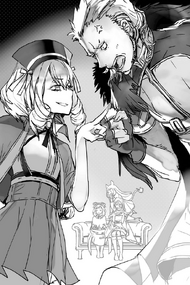 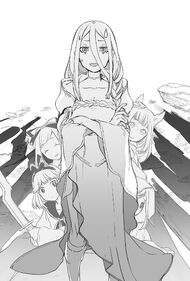 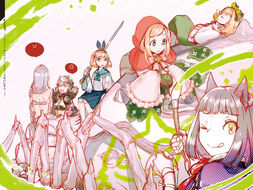 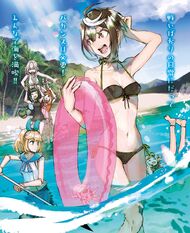 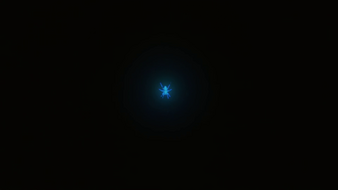