So I'm a Spider, So What? Wiki
Register
Don't have an account?
Sign In
Advertisement
in: Media, External

The Light Novel adaptation of Kumo Desu ga, Nani ka? Volume 1 was released to the public on December 10, 2015, in Japan. It retells the Web novel's story with some slight differences, the most notable change being the introduction of Feirune. It also contains the side stories just like in the original Web novel.

The anime adaptation of So I'm a Spider, So What? started airing on January 8th, 2021, for 25 episodes. Its director is Shin Itagaki, and it's written conjointly by Okina Baba and Yuichiro Momose. Exsa, with additional support from ENGI (Uzaki-chan Wants to Hang Out!), handles CGI production and Millepensee (Wake Up Girls! New Chapter, Cop Craft) is in charge of animation. Crunchyroll holds the license for overseas streaming of this series. 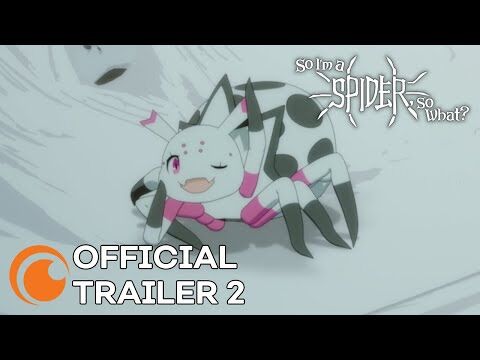 The manga adaptation of Kumo Desu ga, Nani ka? is officially released on Kadokawa' Shoten's Young Ace Up website. It's adapted by Asahiro Kakashi and is based on the Light Novel. The first chapter was uploaded on December 22, 2015, and the first volume of the published version was released on July 9, 2016.

The manga's main difference compared to the other media is that it ignores most of the side stories. However, the published version includes extra short stories written by Baba Okina. Volume 3 also contains a bonus short comic telling a story told from Feirune's perspective.

Spin-off manga of Kumo desu ga, Nani ka? about the four spider sisters' daily lives. It is officially released on Kadokawa' Shoten's Young Ace Up website. The current drawer of the series is Gratinbird. The first chapter was released in 2019, and the first volume was published on March 3, 2020.

The Kumo Desu ga, Nani ka? web novel was written by Okina Baba, with the first chapter released on March 27, 2015, and it's still ongoing. It has more than 550 branches, with the main story having reached its 330th chapter and the many side story chapters accompanying it. The side stories are for world-building and giving the perspective of other characters in the story.

The original Web Novel can be found untranslated at syosetu.com.
You can find the English fan translations at novelupdates.com.

Chapters are numerically sorted by its time of release. Numbered chapters means it is from the protagonist's perspective.