So I'm a Spider, So What? Wiki
Register
Don't have an account?
Sign In
Advertisement
in: Media, Light Novels, Pages using ISBN magic links

This is a special spider field report coming to you straight from the human-demon border where a massive battle has erupted! The Demon Lord is finally launching an all-out assault on the fortresses guarding the human realm’s frontier and has committed hundreds of thousands of soldiers for the attack. On the other side, the humans are putting up a stiff resistance! All signs point to a bloody day of fighting for both forces—though that’s kinda the point, y’know? Hopefully the hero comes onto the battlefield as planned… 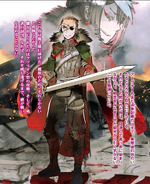 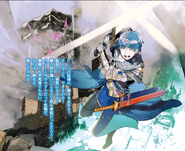