Man, becoming the hero of all humans at the age of six? That's rough buddy. But you know, sometimes life is like that. Hang in there kid and maybe I'll...wait, what do you mean I don't show up at all this time?! This is outrageous!![1]

WHAT DOES IT MEAN TO BE A HERO?

As the chosen of the gods and defender of all humanity, everyone expects me to do great things. From the tender age of six, it’s been my duty to serve humankind, and during my first trial by fire in Keren County... I failed miserably. Since then, I’ve devoted my every waking moment to becoming someone worthy of my position. Though I’m still too weak to accomplish much on my own, as long as I’m with my friends, I’m sure there’s something we can do to help people. Hmm? Where’s the spider? What are you talking about...?[2] 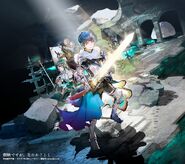 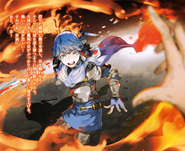 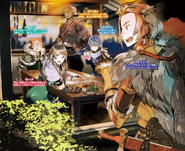