So I'm a Spider, So What? Wiki
Register
Don't have an account?
Sign In
Advertisement
in: To Do, Characters, Natives,
and 3 more

Leston is the third prince of Analeit, born to a different concubine than Julius and Shun.

In the anime, Leston is depicted as a fairly well built man, with shoulder length purple hair with matching purple eyes colour. Taking on a more aloof appearance.

Abandoning his duties as a prince and behaving wildly was a pretense he faked in order to appeal to others that he had no interest in the throne. He made use of the spare time that gave him to sympathise with the true world peace that the elves touted.[1]

After Shun became the Hero, Leston agreed with Filimøs that it would be good if the elves were to shelter him. He asks that she return to Analeit to help him investigate some suspicious activity.[2]

While he had once lost his life during the coup d’état staged by Cylis, he was resurrected by Shun.[3] 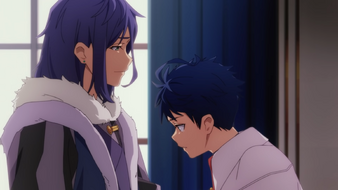 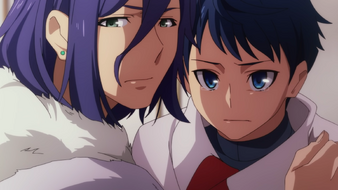 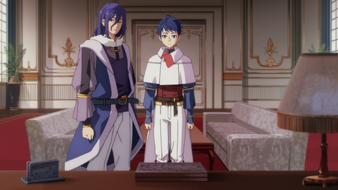