So I'm a Spider, So What? Wiki
Register
Don't have an account?
Sign In
Advertisement
in: Monsters, Great Elroe Labyrinth, Insect

Bee like monsters who tend to move as squad of four Finjicotes and one High Finjicote as leader. If another monster come close to their hive both Finjicotes and High Finjicotes attack the enemy until the end. They can be found in the pits that run through all Strata of the Great Elroe Labyrinth, as well as other locations in the world.[1]

Also known as a bee. They form nest around their queen and work as soldiers to defend it. They usually travel in groups led by an evolved form, but some act as individuals. The variety that lives in the Great Elroe Labyrinth is unique in that it possesses the Night Vision skill. The danger level of an idividual is D, but with groups, the level increases according to the size of the swarm. 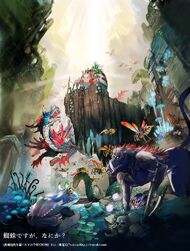 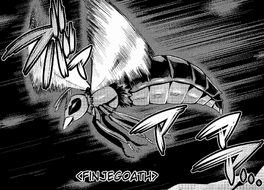 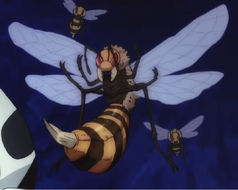 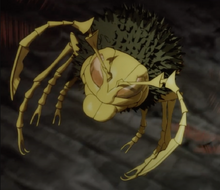