So I'm a Spider, So What? Wiki
Register
Don't have an account?
Sign In
Advertisement
in: Monsters, Wyrm, Amphibian, Great Elroe Labyrinth

Elroe Gunerush are seahorse-like monsters that live in the magma of the Middle Stratum of the Great Elroe Labyrinth.

Also known as a “Seahorse”. It looks like a seahorse with limbs. A low-ranking wyrm species. It generally swims through magma seeking food. It physically attacks other monsters from the Middle Stratum but will confront intruders from other strata mainly by launching fiery projectiles. Because of its low intelligence, though, it will resort to physically attacking any opponent once it runs out of MP. Its behavior is often reckless, but it has also been known to retreat when the enemy it faces is too strong. Danger Level D. 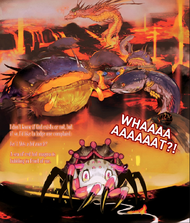 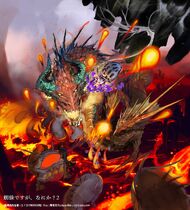 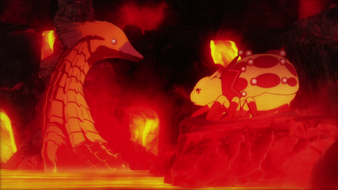