So I'm a Spider, So What? Wiki
Register
Don't have an account?
Sign In
Advertisement
in: Characters, Natives, Demon Faction,
and 3 more

Balto Phthalo is the right-hand man of the Demon Lord. The person who in practice is keeping the Demons all in one piece.[1]

Balto appears as an adult man though his age is undetermined due to being a demon. he has black hair with white stripes running in the middle. He's dressed sharply in a white outfit with blue accents.

A wordly-wise man. At the time when he was putting strenuous efforts into trying to do something about the Demon who were declining in various ways such as population decrease, Ariel was inaugurated as the Demon Lord, and with her proposal that “we shall invade the human territories” he was driven into an even greater dilemma, turning him into a pitiful person who has constant stomach pains. He works so hard that Shiro fears he might die from overwork.[1]

Ariel
Balto currently serves Ariel as her most faithful secretary to the Demon Lord, Balto himself is entrusted with the day-to-day management of the Demon Realm and Ariel defers to him when handling domestic matters and dealing with the other commanders of the Demon Army. Balto himself is one of the few individuals who knows of Ariel's true power, and despite privately disapproving her actions of pushing the demons to militarization and waging war against humanity, Balto himself goes along with it due to knowing that she could singlehandedly annihilate the entire demon race on her own and hopes to mitigate the damages of her actions instead.
Shiraori
Balto is similarly terrified of Shiraori due to knowing that that she was equal(unknown to him superior) to Ariel in power. Balto himself suspects that Shiraori herself is a "ruler". Balto is wary of her due to seeing her as the Demon Lord's most loyal retainer and knows that one of the main reason why any attempt to dethrone Ariel was impossible was not only due to her immense power, but also due to Shiraori's presence backing her up, making it impossible to defy them. Balto himself knows this to be true due to the events surrounding his younger brother Bloe's death, where he had accurately determined that Shiraori herself could have easily killed the hero and anyone else of similar strength to him with little effort.
Bloe
Bloe is Balto's younger brother.

Balto is a hard working Demon higher up. After Ariel became the Demon Lord he followed her orders loyally albeit with slight dislike towards them.

Balto is good with paperwork.

Good enough to be the 4th demon army's previous commander.

Exhaustion Resistance - The user can go much longer without sleeping. He got it from being overworked. 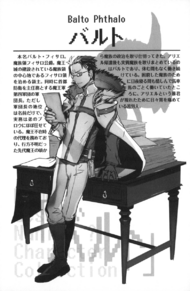 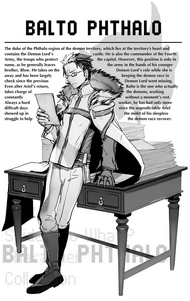 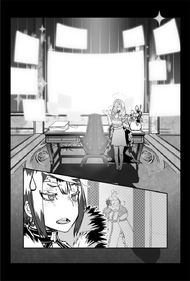