So I'm a Spider, So What? Wiki
Register
Don't have an account?
Sign In
Advertisement
in: Characters, Reincarnations, Human Faction,
and 5 more

Kushitani Asaka is one of the reincarnated students from Japan. She was reborn into a mercenary village alongside fellow reincarnate Kunihiko, and later became an adventurer with him after their home was destroyed by Merazophis.

Asaka is characterized by her pale complexion, purple hair and eyes.

Asaka is a very dependable person. She appreciates reliable and realistic things, she took on the stopper role against Kunihiko’s idiotic tendencies. Due to living as an adventurer, she also has a very mature standpoint.[1]

As stated by her inner thoughts during the Demon-Human War, Asaka herself personally considers herself to be lazy. This is seen where she admitted her desire not to get involved with troublesome things and prefers to instead pass it on to someone else and would rather keep to herself.

Born in a village on the border between the humans and demons that took bandit-like actions against the Demon. In short, the same village as Kunihiko.

After her village got massacred by Merazophis, she became an adventurer together with Kunihiko and gained fame. While she truly wants to live peacefully and without fighting, she took up arms for Kunihiko’s sake. According to Kunihiko, “If Asaka wasn’t around, I wouldn’t be able to survive”. She has been in an inseparable relationship with her childhood friend Kunihiko since her past life.[1]

Shortly before the Renxandt army arrived at the elf village, Kushitani and Tagawa joined up with the reincarnations being protected by the elves.[2]

Like most reincarnations, Asaka was born with a unique skill and a huge amount of skill points, causing the world's natives to view her as a prodigy. She is also one of the few reincarnates with practical battle experience, having grown up as an adventurer and eventually made her way up to A-Rank. Because of these reasons, Shiraori's regards her as the strongest human reincarnate, alongside Shun and Kunihiko.

Battle Experience: Due to growing up as an adventurer, Asaka is one of the few reincarnations boasting practical battle experience, being able to quickly read a situation and come up with an appropriate turn of action. 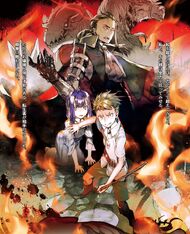 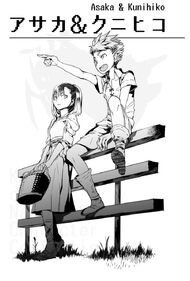 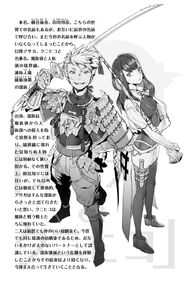 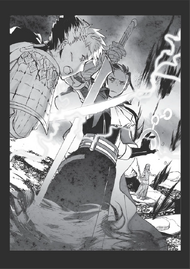 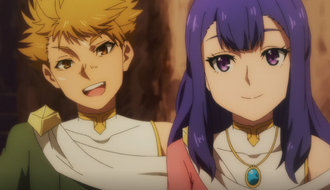